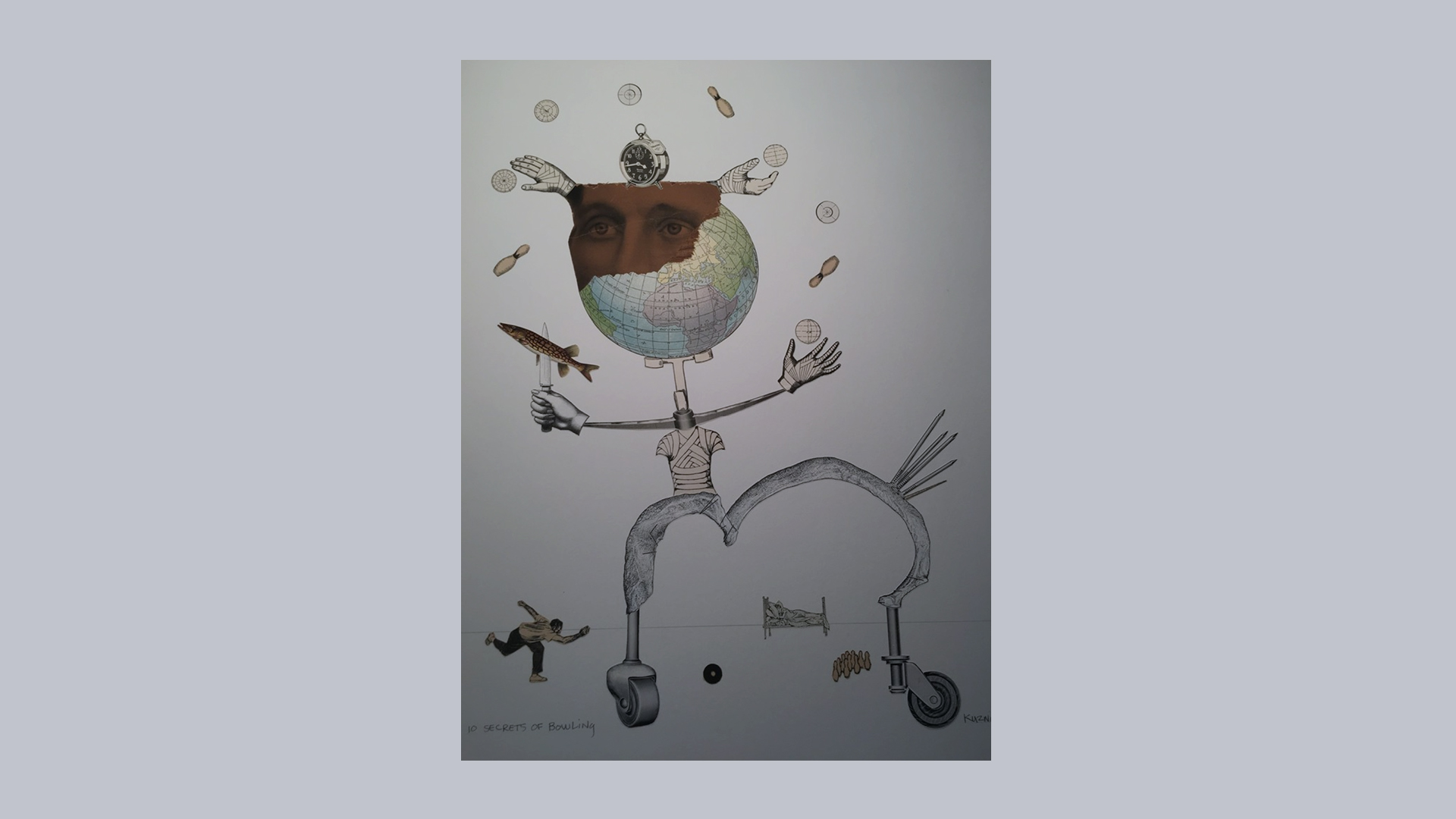 [From Resource Art] Philip Kuznicki was born in Dunkirk, NY, where he spent much of his childhood before moving to California in the early 1980s. On the West Coast, Kuznicki worked as an art preparator and fabricator, assisting with work by Ulysses Pagliari, Zaha Hadid, Michael Graves, and many others at the then Philippe Bonnafont Gallery, while also working on his own body of work. He also was involved in fine paper and binding services and was responsible for the original concept and creation of editioned boxes and portfolios for David Gilhooly’s ceramics and prints in the late 1980s/early 1990s. Kuznicki moved to North Carolina, where he was the Director of Riverdog Gallery, before settling in Buffalo in 1999. Kuznicki’s source material for his collage work, has traveled with him all over the country, often taking precedence over what one may consider more necessary. He has continued his creative practice and signature collage style over several decades, more recently with renewed focus and inspiration. 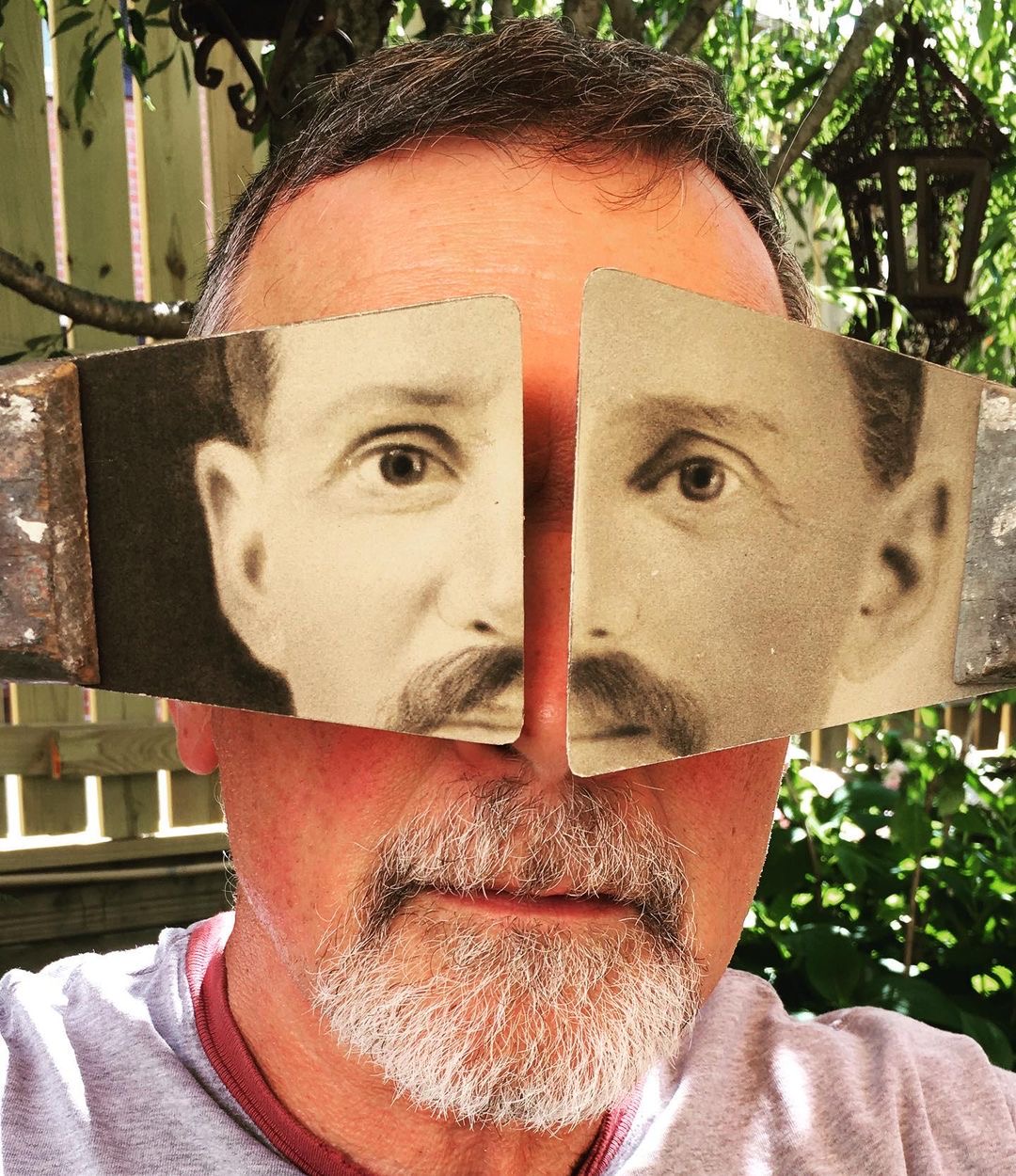