Rich Tomasello is from Buffalo New York.  He earned a BFA in Illustration from the University at Buffalo and an MA in Art Education from Buffalo State College.  Tomasello’s mixed-media work has been featured on The Huffington Post and has been shown in many group and solo exhibitions including:  Into Action in Los Angeles, Truth to Power during the 2016 Democratic National Convention in Philadelphia, Erie Art Museum, Burchfield Penney Art Center, Memorial Art Gallery, and Politicon in Pasadena.  He has had work commissioned by the New York State Council on the Arts through ArtsWestchester Gallery and his art has been displayed alongside Robert Longo, Swoon, Shepard Fairey, Keith Haring, Banksy, and Guerrilla Girls.

“The work I make is directly influenced by the violent and voyeuristic world children are growing up in.  Gun violence and school shootings have become commonplace in the United States and the lockdown drills practiced daily by American schoolchildren have become the norm.  Handheld video recording technology, primarily smartphones, allows us to capture, post, and share the violence in real-time.  My work shines a light on the fear and anxiety created by the pervasive nature of current American culture.” 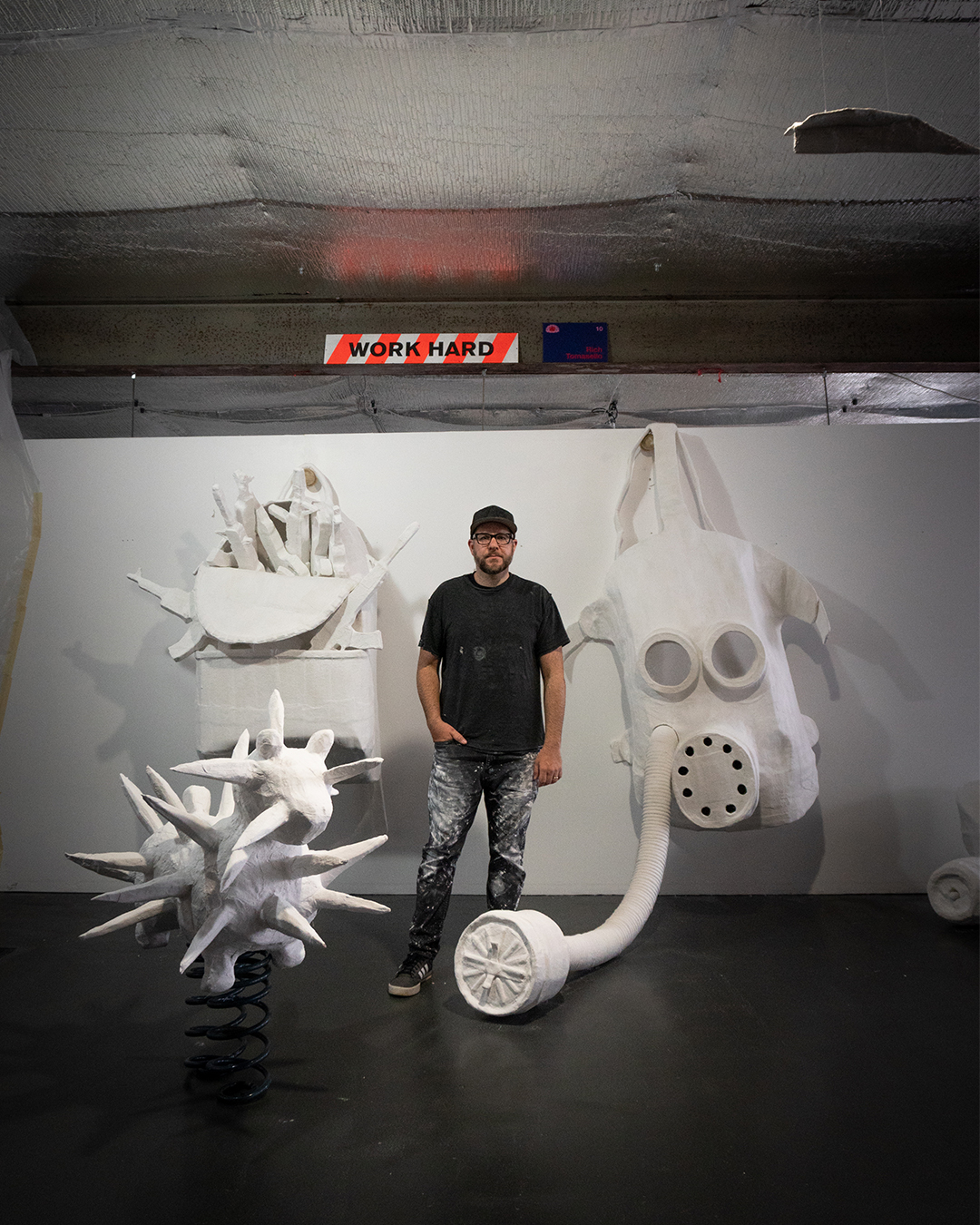